Eric Reynolds (@ketofiveo) uses a meat-based carnivore diet with minimal herbs and spices to recover from PTSD and drop the last of his extra body weight. Eric was a cop with the Boynton Beach Police Department near West Palm when he got shot in the foot by an armed bank robber they were chasing and he ended up killing the suspect in the process.  The whole incident left him in a pretty bad way and he started to display many signs of PTSD.  He discovered the keto diet and, not only did his health improve drastically and all the excess weight melt away, but he found peace and tranquillity begin to return to his life and his symptoms of PTSD start to fade.

He has since retired from the force and now is committed to helping other police officers to get their health back and to help them to deal with similar problems to his.  He has established an organization called Keto-Five-0 and you can find the group on Facebook at: https://www.facebook.com/groups/ketofiveo/ 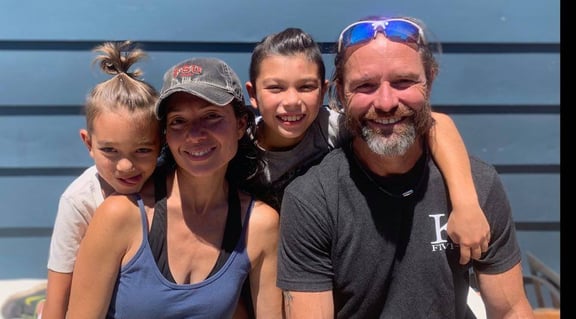 This episode is brought to you by LMNT electrolytes.

My wife and I have been using LMNT for years every single day - they’re great for fueling hard workouts, getting adapted / beating keto flu, fasting, traveling, and kickstarting your day with energy.

They’re used by Navy Seal teams, Olympic weightlifters, jiu-jitsu athletes, and everyday people who want to make themselves better like you and me!

LMNT is offering FREE LMNT sample packs to Carnivore Cast listeners. All you have to do is pay for shipping. Go to drinklmnt.com/carnivorecast to claim this awesome deal!