Kara Collier (@karacollier1) is the Director of Nutrition at NutriSense (@nutrisenseio), a company that uses blood glucose monitoring and coaching support to help you build your ideal diet by understanding your body's unique response to the foods you eat.

Kara is a Registered Dietitian Nutritionist and Certified Nutrition Support Clinician who specializes in glucose control and metabolism. She graduated from Purdue University and previously worked as a clinical dietitian at Providence Hospital and in a management role at Nutritionix.

END_OF_DOCUMENT_TOKEN_TO_BE_REPLACED 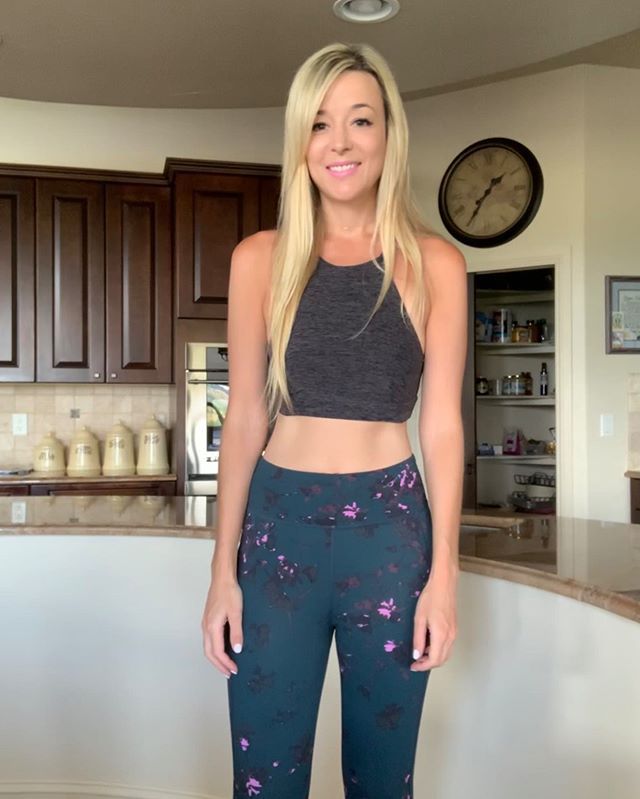 Vanessa Spina, aka. "Ketogenic Girl" (@ketogenicgirl) is the host of ketogenicgirl.com, a popular website loaded with ketogenic resources. Vanessa is returning the podcast today after her first episode where we discussed what inspires her and why she started Ketogenic Girl, her thoughts on restriction vs. food freedom, fasting, and more! Check out that episode if you missed it the first time (HERE). She also hosts her own podcast, "Fast Keto” where she interviews doctors, researchers, and keto success stories. Vanessa has helped hundreds of people lose weight and regain health through her 28-day challenges and keto meal plans. She is also the author of "Keto Essentials" and studied Biochemistry at the University of Toronto.

Vanessa shares awesome recipes and evidence-based information videos about keto/carnivore on her YouTube channel as well.

END_OF_DOCUMENT_TOKEN_TO_BE_REPLACED 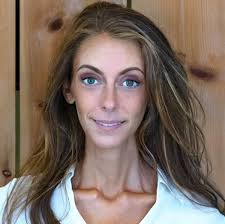 Austin Cavelli (@qualitycarnivore) is a Physician Assistant and Dietary Consultant using the carnivore diet to help people reduce inflammation, get lean, and improve their health. She holds a Master’s in Medical Sciences from Cornell and takes an approach of food quality and bio-individuality to helping people. Check out her website at QualityCarnivore.com.

END_OF_DOCUMENT_TOKEN_TO_BE_REPLACED 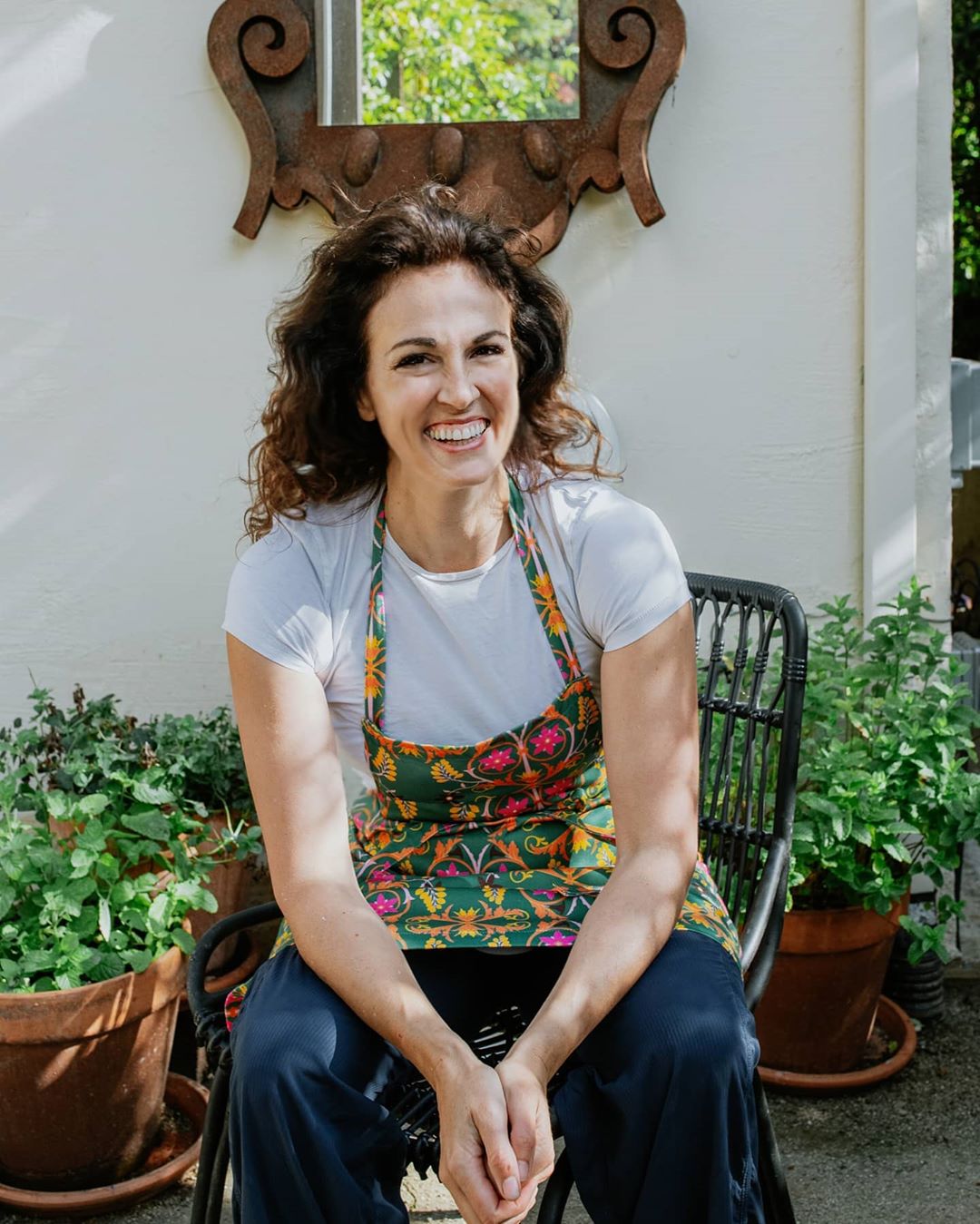 Anya Fernald - CEO / Co-founder of Belcampo, the Largest Regenerative Farm in the US

Anya Fernald (@anyafernald) is the co-founder and CEO of the largest regenerative farming operation in the United States, Belcampo (@belcampomeatco), and believes it is a better way to raise meat sustainably. She’s also served as a judge on Iron Chef America between 2009-2011.

Anya has been recognized for being a top 40 under 40 by Food and Wine, she’s appeared in The New Yorker’s 2014 Issue, and she’s co-authored two books, including a cookbook of her own. She has also founded the Food Craft Institute, a non-profit that puts out an annual Eat Real Food Festival each year in Oakland.

Anya was kind enough to offer Carnivore Cast listener's a discount on their delicious grass-finished, pasture-raised meats including steaks like ribeye and tritip, organ meats like suet, bone broth, liver, and more! Go to Belcampo.com and use code "CARNIVORECAST10" to save!

END_OF_DOCUMENT_TOKEN_TO_BE_REPLACED 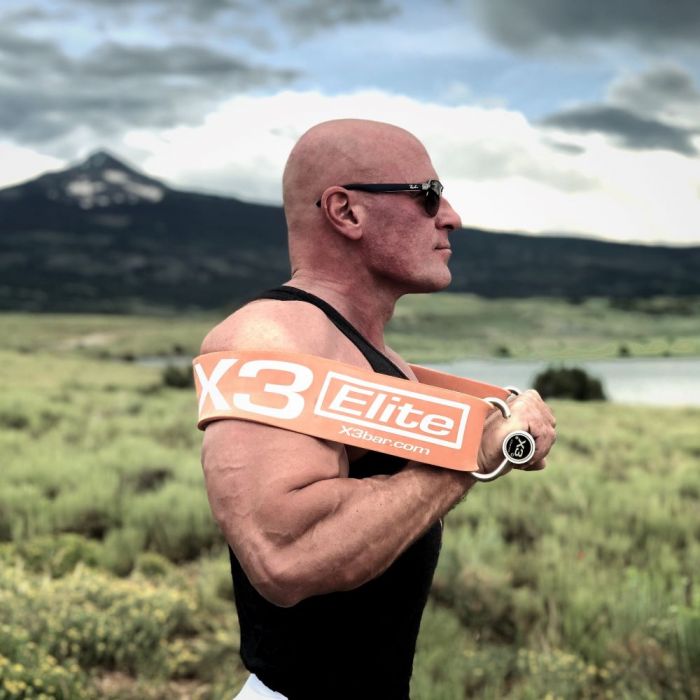 Dr. John Jaquish (@drjaquish) is a biomedical engineer and the inventor of both a world-changing exercise system that focuses on variable resistance, the X3 Bar- used by Dr. Shawn Baker, Luis Villasenor, Dr. Kevin Stock, and many other keto and carnivore athletes - and the world’s most effective bone density building medical device - Osteostrong. He is also the author of a new book, Weight Lifting is a Waste of Time, questioning the traditional suggestions of weight lifting and laying out a more effective and efficient method to build lean muscle and health.

END_OF_DOCUMENT_TOKEN_TO_BE_REPLACED

Mark Bell (@MarkSmellyBell) returns to the Carnivore Cast today and I couldn’t be happier! Mark is the host of the Power Project Podcast with over 400 episodes and 4M views - I personally listen to every single one and enjoy it immensely. He also has his new YouTube channel - Mark Smelly Bell - where he shares exercise and nutrition philosophies, recipes, vlogs during his Carnivore 100 day challenge, Q&As with fans, and most recently some views on stoicism. Mark is the inventor of the Slingshot (the #1 bench press training tool), the Hip circle, and many other famous lifting tools used by lifters everywhere. You may know him from his brother's movie (Chris Bell), Bigger Faster Stronger. Mark is also the mind behind the War on Carbs and Jacked and Tan books and he owns and operates the Super Training Gym, dubbed “The Strongest Gym In The West” and largest free gym in the world. Mark also now has MarkBell.com where you can follow along with his daily workouts and footage.

END_OF_DOCUMENT_TOKEN_TO_BE_REPLACED 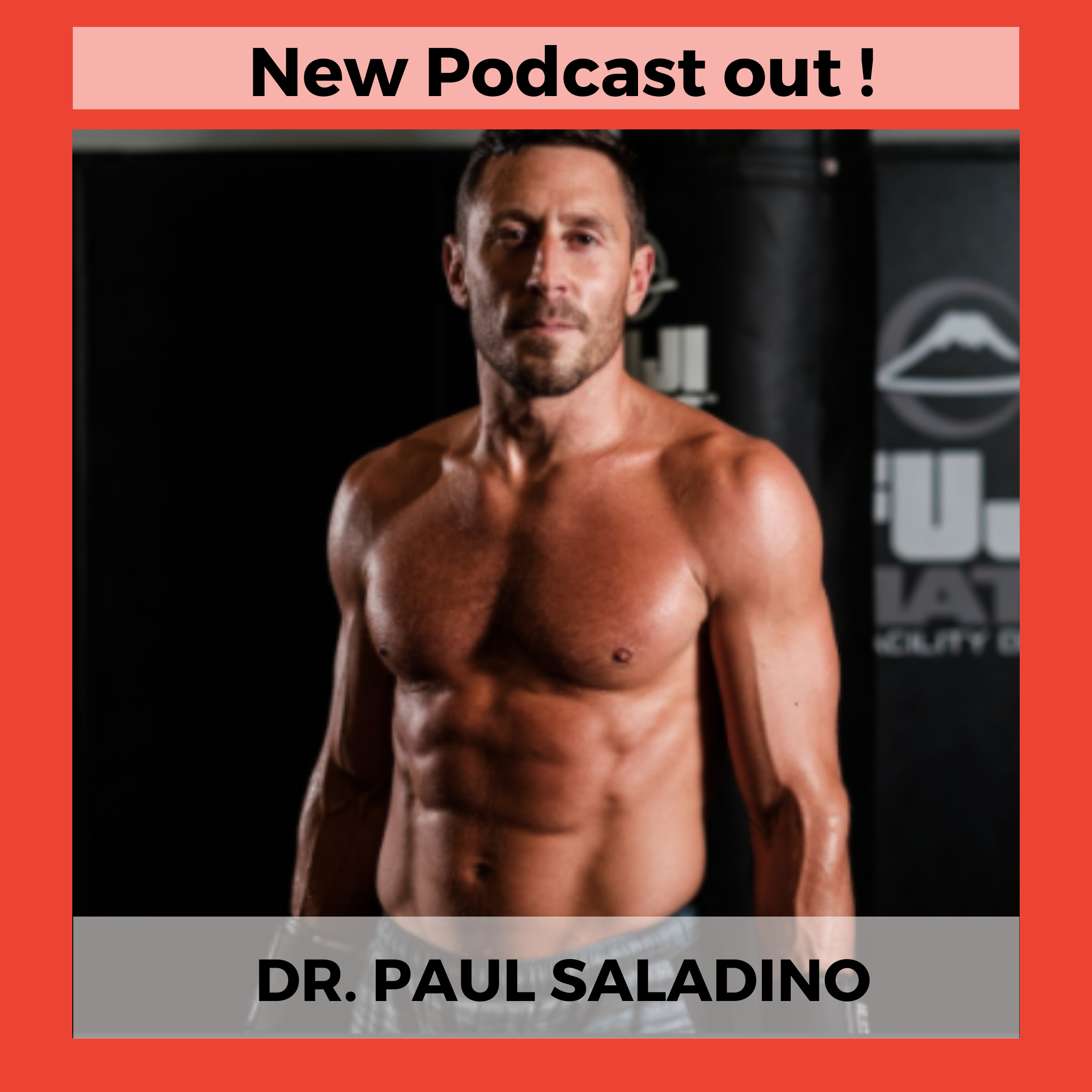 Dr. Paul Saladino (@CarnivoreMD) returns to the Carnivore Cast for the third time. Check out his excellent previous episode 1 and episode 2 where we discussed higher fat carnivore, SIBO, food poisoning, electrolytes, and much more! Paul has been beating the drum on the nose-to-tail, evidence- and ancestral-based carnivore movement is a classically trained MD, as well as a functional medicine practitioner. He’s the author of The Carnivore Code: Unlocking the Secrets to Optimal Health by Returning to Our Ancestral Diet, the host of the Fundamental Health podcast, and the founder of Heart and Soil - a complete nose-to-tail supplement company.

END_OF_DOCUMENT_TOKEN_TO_BE_REPLACED 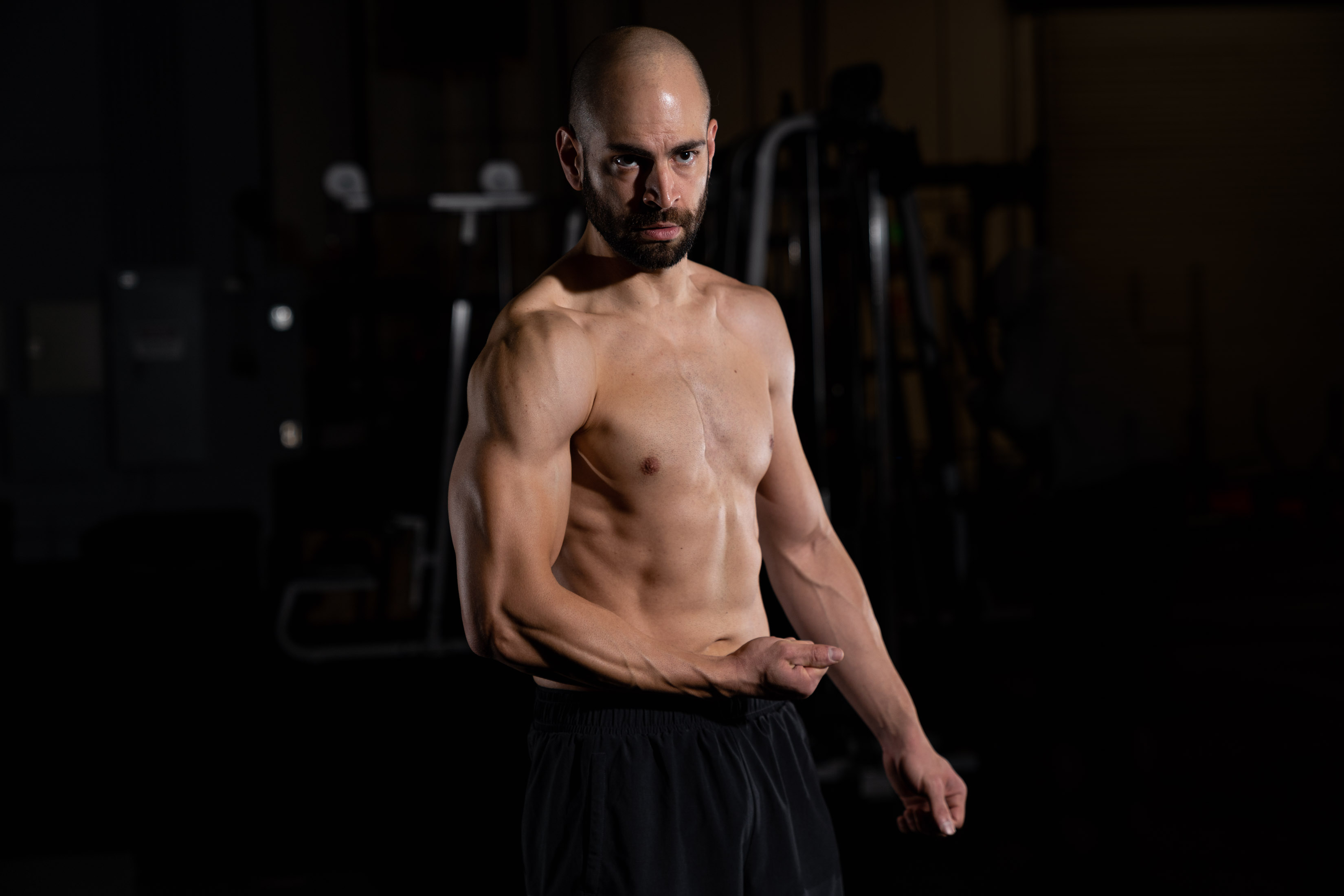 Andrew Zaragoza (@iamandrewz) is the co-host of Mark Bell's Power Project Podcast With Mark Bell and Nsima Inyang. The podcast has over 4M downloads and over 400 episodes. Guests include world class powerlifters and bodybuilders like Mike O’Hearn and Stan Efferding, doctors like Ken Berry and Paul Saladino, athletes, psychologists, and many more. The crew covers topics ranging from Powerlifting, nutrition advice, life coaching and motivation. Join Andrew, Nsima and Mark on their journey to "Make the World a Better Place to Lift".

I personally listen to every single episode and love hearing the varying perspectives from Andrew as someone newer to lifting and trying to make it all work with a crazy, entrepreneurial lifestyle.

END_OF_DOCUMENT_TOKEN_TO_BE_REPLACED 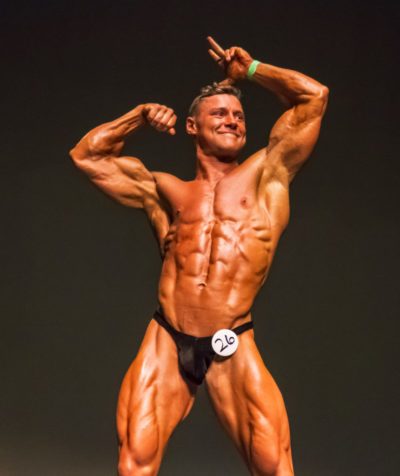 Robert Sikes - Bulking on Keto, Metabolic Flexibility, and Thriving through COVID and Adversity

I had the pleasure of being on the Keto Savage podcast and found Robert to be an exceptional host. It’s one of my favorite podcasts and I love how Robert truly listens to his guests, connects with them, and takes the shows wherever they want to go with the conversations.

END_OF_DOCUMENT_TOKEN_TO_BE_REPLACED 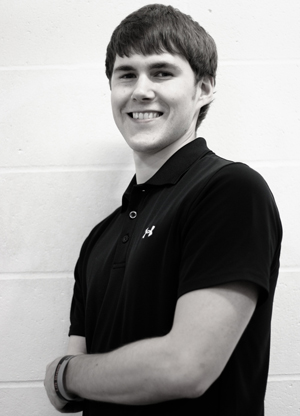 This episode is a very long time coming and I’m super excited to have this guest on: Zach Moore (@zm_carnivore and @zachmfitness) is a fitness/lifestyle coach at Precision Nutrition (PN), Head of Strength and Conditioning for Nourish Balance Thrive, and a carnivore. Before joining Precision Nutrition, Zach was a full-time strength coach at Indianapolis Fitness and Sports Training (IFAST) – named one of the top 10 gyms in the U.S. by Men’s Health magazine in 2009 and 2010 and co-owned by Bill Hartman and Mike Robertson. He’s previously worked with Martin Berkhan of Leangains and programmed for the Ketogains bootcamps. Zach holds a host of certifications in training and nutrition, he’s one of the smartest and most thoughtful people in the space that I know, and that’s why after meeting him at the Carnivore Conference in Boulder last year, he became my personal coach.